September 28 – October 3, 2015
A Taste of Indonesian Literature – An unprecedented event featuring Indonesian writers and their translators visiting the San Francisco Bay Area under the auspices of their American publisher

We recently brought two Indonesian authors, Erni Aladjai (Kei) and Anindita S. Thayf (Daughters of Papua), and their translators, Nurhayat Indriyatno Muhamed and Stefanny Irawan respectively, to present their work in the San Francisco Bay Area through a series of presentations titled, A Taste of Indonesian Literature. Nearly a year in the making, the highly successful presentations included a series of book discussions, Q&A sessions, and book signings at bookstores, public libraries, and renowned universities, culminating in a reception at the Indonesian Consul General’s mansion.

Forest Books in San Francisco had the honor of hosting the first in the series of events. This special bookstore, located in the city’s Japan Town, boasts an impressive collection of rare books. Store owner Gregory Wood handpicks every title, and we at Dalang Publishing are grateful and proud that Forest Books carries all our titles.
F. Bernard Loesi, Consul for Information and Socio-Cultural Affairs at the Consulate General of the Republic of Indonesia in San Francisco, honored us with his presence and provided the opening remarks.

The SF Examiner announced the event.

Professor Christian Jochim of San Jose State University and the Dr. Martin Luther King Jr. Library hosted the second event. Several SJSU faculty members attended, and we were also honored by the presence of Prof. Danilyn Rutherford of UC Santa Cruz, who wrote the back cover endorsement for Daughters of Papua.

The Dr. Martin Luther King Jr. public library in the heart of San Jose offers an international section devoted to literature from around the world. Upon visiting the Southeast Asian section, we were disappointed to find only two rather small Indonesian-English dictionaries on the shelf dedicated to Indonesian literature. Emily Chan, the librarian who conducted our tour of the facilities, said they had never been offered original works of Indonesian literature and she did not know where to start looking.
Ibu Lian immediately offered to provide the original Indonesian language versions of the eight titles in Dalang’s catalogue, the English versions of which the library already carried. When Ms. Chan accepted the offer on the spot, we cheered this historic and proud moment for all of us. In the near future, the original Indonesian-language versions of Dalang’s publications will sit proudly on the shelf marked “Indonesia.” On the third day of the tour we visited Berkeley.
The event at UC Berkeley was hosted by Ibu Ninik Lunde, a Bahasa Indonesia lecturer at the university. Professor Sylvia Tiwon, who wrote the back-cover endorsement for Kei, and Virginia Shih, the librarian in charge of the university’s Southeast Asian collection, were among the attendees, along with other faculty and students, most of whom were Indonesian. The seating around a large table was conducive to the relaxed atmosphere of a large meeting and focused on discussion of the novels Kei and Daughters of Papua. As the attendees enjoyed the lemper, kue pastel and kerupuk, Indonesian snacks we provided, the warm sense of camaraderie in the room offset the cold drizzle outside.

After the event, we had to rush off to a lunch invitation from a group of mostly American enthusiasts of Bahasa Indonesia. Julie Anderson, our generous hostess and facilitator of the group, welcomed us warmly, along with other members of her group. We were treated to a potluck meal the members had prepared, and truly enjoyed the opportunity to sample different delights of American home cooking. University Press Books, a bookstore near the UC Berkeley campus, hosted us later that evening. The event was well attended by reading enthusiasts interested in stories from and about Indonesia and its history. A lively discussion followed the presentation. Friday, October 2, was our fourth day of events. This time we were at the Foster City Library. This large, comfortable, and neatly laid-out public library offered a great environment to enjoy books. Librarian Cynthia Rider, a staunch supporter of Dalang Publishing, was our gracious hostess. She provided a warm welcome and introduced us to the audience comprised of two local authors, book club facilitators, and avid readers. Cynthia’s warmth and grace were a wonderful addition to the event. Jane Johnson welcomed us in her home for a presentation to her book club. Everyone enjoyed the cross culture interaction and engaged in a lively discussion of the work.

The Wisma Indonesia in San Francisco was the ideal location to finish our series of presentations on A Taste of Indonesian Literature in the SF Bay Area. We are honored and grateful, and consider the invitation to hold our closing event at the Wisma a significant token of the Indonesian government’s support for Dalang Publishing’s endeavors to promote Indonesian literature. In his opening remarks Consul General Ardi Hermawan acknowledged the importance of the events of the past week and expressed his good wishes to the group, as well as his hope that A Taste of Indonesian Literature would be followed by many similar events.

We ended our work week with a dinner at the Cliff House. 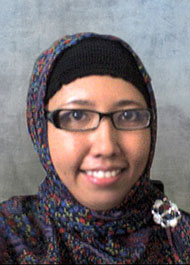 Anindita S. Thayf, the author of Daughters of Papua (Tanah Tabu), courageously brought to light the story of the suffering and subjugation of the people of Papua’s Baliem Valley caused by Freeport, a giant US mining company. Anin revealed that it was the women and children who bore the brunt of the suffering. “We in Indonesia have created a situation where women are submissive and obedient to men. We allow this notion to dictate our lives; we accept this condition as something that will never change. But the truth is that everything can be changed,” Anin stated during a Q&A session.
Author Story interviewed Anin: Read the Interview. Erni Aladjai, the talented young author of Kei (Kei), chose to focus on the issue of sectarian violence in the Kei Islands in the late nineties. What makes her take on the issue intriguing is that she looks beyond the sectarian angle and raises the importance of the tenets of Ken Saa Faak as instrumental in allowing the people of Kei to regain peace. Ken Saa Faak, a set of traditional tenets of wisdom practiced for generations by the local islanders, in this case was able to quell the violence brought about by religious differences without the need for outside interference. “In addition to this, I want my book to inform its readers, especially those outside of Indonesia, that among the 17,000 Indonesian islands, there are these two tiny islands called the Kei islands,” Erni said. Stefanny Irawan, the translator of Daughters of Papua, captivated the audience with her dramatic reading. For Stef, a translator’s talent is revealed in the way he or she is able to convey local or regional concepts to foreign readers without compromising the author’s voice or the ambience of the story.
Author Story interviewed Stef: Read the Interview. Nurhayat Indriyatno Mohamed, better known as Hayat, is the translator of Kei (Kei). With his fluent English and easy manner, he easily connected with the audience. Hayat explained that the time element is the main challenge he faces when translating Indonesian into English. Given that Bahasa Indonesia does not have tenses like the English language, the time aspect in any narrative must be translated with care.

In addition to good writing, hard work, and of course efforts to engage as much as possible with the literary community in America, there still needs to be greater moral support from the government and people of Indonesia in order to achieve the dream of showcasing Indonesian literature globally. Recognition of and pride in a nation’s literature can only be achieved through heightened awareness and with the support of its people.

A Taste of Indonesian Literature Today was our attempt to introduce Indonesian literature to readers in the San Francisco Bay Area by providing a venue for talented young writers and their translators to present their work to the public. We take pride in knowing that our publications represent the very best of Indonesian talent. The authors, the translators, and even the cover designers, are all Indonesian.